Ooh, a hidden gem, you say? What could it be? All will be revealed shortly.

Corpus Christi, Texas, is two hours from San Antonio. We left the RV park at 8:00 a.m. and arrived in Corpus Christi a little after 10:00 a.m. We headed into downtown.

For their first impression of Corpus Christi we wanted to take Mom and Jan to The Watergarden by the Convention Center. Bob and I love the sound of water falling and here we can enjoy the sound to our heart's content. Around the central waterfall are the Art Museum of South Texas and Corpus Christi Museum of Science and History.


I promised you a "hidden gem." The day was chilly with a cold wind. We were looking for restrooms and a place that sold hot chocolate and coffee. As we walked past the Art Museum of South Texas we saw a sign for Hester's Cafe & Coffee Bar which was located inside the museum. When we entered the museum, we told the person selling tickets for the museum that we wanted to go to the coffee shop. We got metal buttons to attach to our clothes letting us in for free to the coffee shop. On the way to the coffee shop was the contemporary studio class exhibit. The exhibit had some gorgeous pieces.

What made Hester's coffee shop special wasn't just the glass art exhibit or the yummy snacks we ate, it was the view of the bay. We were able to sit either inside or outside and watch large ships travel under the Harbor Bridge and through the ship channel right outside the windows of the coffee shop. Brown pelicans were floating in the water, catching fish right before our eyes. It was one of those travel moments that just fall into place and are very special.

Heritage Park, where nine historic homes have been moved into a quadrangle, was our second stop. The homes have plaques in front of them that tell stories of their previous inhabitants. History comes alive and you wonder how some of the people not only survived but thrived. 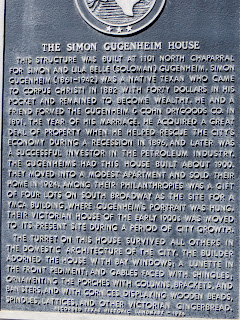 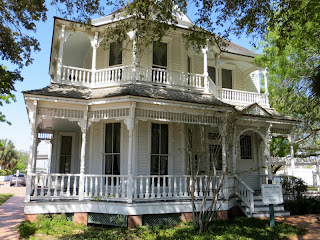 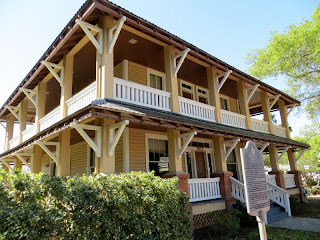 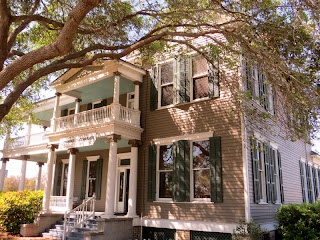 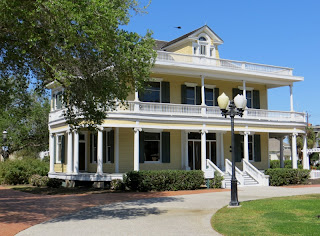 We drove along the downtown waterfront and stopped to walk along the planetary exhibits lining the walkway, and to see the Selena Memorial. 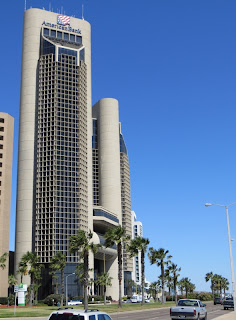 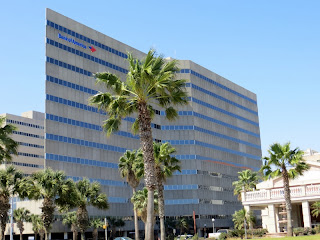 Selena's Memorial...she is considered the Mexican equivalent of Madonna. 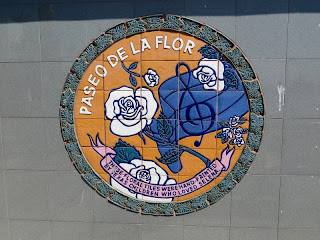 We also took my sister to see the Jesus in Boat sculpture also locally known as "surfing Jesus."

Mom wanted to see where my fall happened six months ago, so we took her there. I stopped in at the restaurant across the street to see if the lady was there who came to our aid with napkins and ice. She only works weekends. The manager gave me the phone number of the restaurant so I can call to thank her.

Lunch at Cheddar's Casual Cafe in Corpus Christi was tasty and filling.

We headed to Padre Island National Seashore where we toured the visitor center, learned about Kemp's Ridley turtles, and watched two videos. This area is a flyway for migrating birds. A quick walk to the beach revealed brown pelicans, a Portuguese Man o' War washed up on shore, and numerous wading birds.


The park ranger told us where to see a white-tailed hawk sitting on its nest. We were able to see the top of the hawk's head sticking out of the nest, but it was too far away for a good photo. We drove around Bird Island Basin to check out the camping sites.

Our driving tour continued up Mustang Island to Port Aransas where we boarded the free Aransas Pass Ferry (in the car) to Aransas Pass, Texas. During our ten-minute ferry ride, we saw six dolphins off to the side of the ferry. One to six ferries operate at one time so, unless it's spring break or another busy day, you shouldn't have to wait long for a ferry.

On the Aransas Pass side of the ferry, we stopped at Lighthouse Lake Kayak Trail Park to look for birds. Here is one we found. If you like to kayak, this is a spot for you to check out.

Since we were in the neighborhood we traveled to Rockport, an adorable Gulf Coast town with a marina and a little park with sculptures. 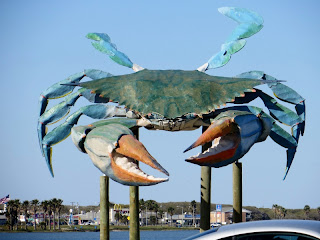 As we continued along the coastline, we passed through Fulton where we saw the historic Fulton House. This will be an attraction we can visit at another time. The coast along here has many, many private piers with locked gates or "No Trespassing" signs. The piers are the property of the homeowners or inn owners across the road from the gulf.

Everyone was tired. We headed for home but had one last stop. Just before crossing the Harbor Bridge headed west into Corpus Christi we made a detour to look at the USS Lexington and a Blue Angel fighter jet (through the car windows). 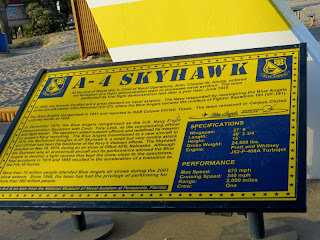 We then settled in for the long ride back to San Antonio. It was a great day with Bob, Mom and Jan.

Posted by TravelBug-Susan at 1:29 AM