Going to Austin today did not sound like fun. Weather service forecast was for 42 degrees, 80% chance of rain, and wind gusts to 20 mph. Throughout the day, the temperature was supposed to drop, not go up. By 3:00 p.m. the rain had a chance to turn to sleet. With Austin being 1-1/2 hours north of San Antonio, it could have been a dangerous drive home. We opted not to go.

The other Susan and I will see how the weather looks for walking Monday. If we can, we plan to do the new Mission Reach Volksmarch in San Antonio. 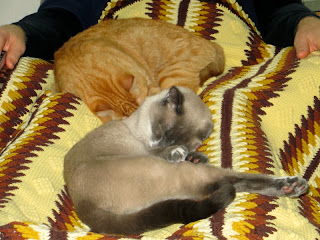 We took a break from hunkering down, braved the chill, and headed to Green Vegetarian Cuisine for dinner. On the way home, we drove a way we hadn't explored yet. We headed east on Grayson St. and ended up in Government Hill Historic District.

Government Hill's history is linked to the development of Ft. Sam Houston. The City of San Antonio donated 93 acres to the War Department in the 1870s. Construction of Ft. Sam Houston started in 1876. By 1918, the Fort had grown to 193 acres. Government Hill became home to over 12,000 people. Turn-of-the-century one- and two-story buildings on North New Braunfels Ave. served as the area's main street.

We wandered past The Lambermont, also known as the Terrell Castle. Bob was driving and didn't see it, so we drove around the block and went back to it. It was worth a few photos. There are no historic markers around this masterpiece so I Googled it when we got home.

This Romanesque Revival-style "castle" was built in 1894 for Edwin Terrell (lawyer and ambassador to Belgium during Benjamin Harrison's presidency) by San Antonio architect Alfred Giles. It was built to resemble the castles and chateaus of Belgium and France. The family lived in the home until Terrell died in 1910. It is now an event venue. Renting the space includes four guest rooms in the estate. From what I can tell, it is used quite frequently for weddings. 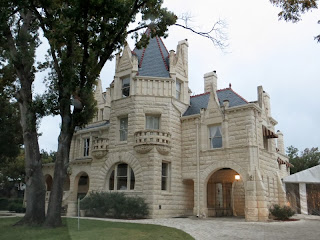 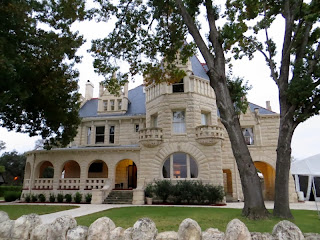 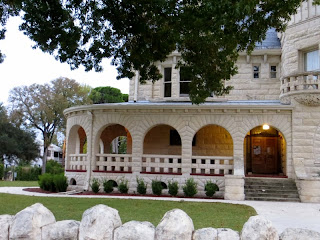 After we returned to the 5er, my equal-opportunity lap cats warmed me up for an hour.
So that's what hunkering down looks like in our fifth wheel.

Have a good week wherever you may be, and safe travels during Thanksgiving weekend.
Posted by TravelBug-Susan at 10:01 PM