As soon as work was over this afternoon I changed clothes and we headed out to Nelson W. Wolff Municipal Stadium to watch the San Antonio Missions AA minor league team take on the Frisco Rough Riders. Clear blue skies and mild temperatures made for a pleasant baseball-watching experience.

During the early part of the game, Air Force transports practiced touch-and-go landings at Lackland Air Force Base. We had a front-row seat (well, not literally). 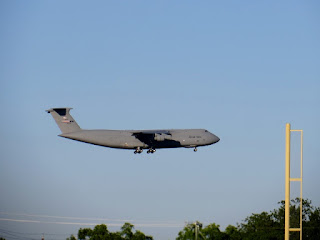 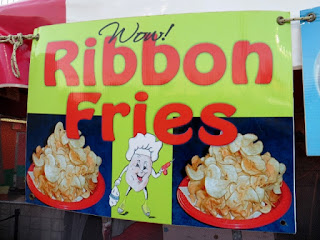 Have you ever had ribbon fries? You get to watch them take a huge whole potato and thinly spiral slice it. Then it is deep fried. What you end up with are ultra-fresh, warm-from-the-fryer chips. You then sprinkle on toppings of your choice. I picked a couple of spicy powder toppings. Ribbon fries are scrumptious.

The Missions were winning handily when we left. Bob loves going to baseball games, says it really relaxes him. I enjoy going too, especially if it's a lovely evening.

That's it for tonight.

I don't know how many of you live in cities with "The Big Give" fundraising for nonprofits. The Big Give is one 24-hour day in which donations are made to your favorite nonprofit or charity. May 5 is the day for The Big Give this year.

On Tuesday, April 28, representatives from many San Antonio nonprofits gathered outside City Hall for a proclamation from Mayor Ivey Taylor. About 300 people were present. Four of us were there representing the American Volkssport Association.

We stood around for over an hour listening to the Mayor and City Council expound about the great benefits nonprofits provide. Susan M., AVA Executive Director Henry Rosales, and I handed out Volkssport brochures and invited people to walk with us.

The day was lovely and we had good feedback about people wanting to attend our walks. The whole event today was to get the word out to give to your favorite charity on May 5, the day of "The Big Give."

Posted by TravelBug-Susan at 10:23 PM No comments:

At the end of April we were having some beautiful spring days. Susan and I took advantage of a warm, sunny morning to hike 5k in Crownridge Canyon Park. It was warm to start, but thankfully most of the 3 miles was in the shade.

Attractions on this hike are the wildflowers, rustic trails, beautiful tile work at the info plaza, and hilly scenery. If you do the 10k (6 mile) walk, the second half of the route takes you up into the hills past some beautifully landscaped mansions. We opted not to do the second 5k today.

After the walk, Susan and I headed our separate ways, feeling energized from our morning walk.

On an overcast, humid Sunday, Bob, Susan, Darren, Caryl and I joined other Volksmarchers for a 10k walk in the small town of Gruene, home of the oldest Dance Hall in Texas. The walk was sponsored by the New Braunfels club.

At the earliest appointed start time, we were on the trail to capture the coolest part of the day. On a sponsored Volksmarch, there is a start window, and this walk's start time was 9am to noon. 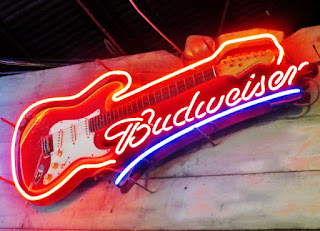 Our walk took us around downtown Gruene, through neighborhoods, along rivers and on country roads. Here's a look at our scenery along the way.


We went looking for lunch at one of the good eateries in Gruene, but none were open by the time we finished our walk. One restaurant had a pond with lovely water lilies. 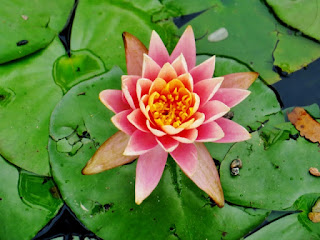 New Braunfels was nearby. Our thought was to eat at Schoebel's overlooking the Guadalupe River. The only problem was, it was no longer Schoebel's. The new restaurant was the Hofbrau. It looked good, so we opted to eat there and had very good meals all around. The decor in the restaurant was very German with dark woods evoking a feeling of a hunting lodge 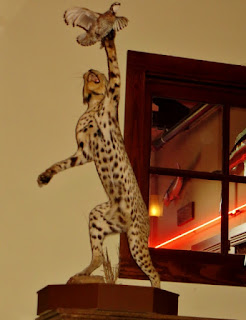 When we finished lunch, Bob and I headed back to San Antonio for the Charro Rodeo. See my blog "Rodeos" for the rest of today. (Note: Even though my "Rodeos" blog is dated Tuesday, April 21, that was for the "R" of my A-to-Z Blogging Challenge. The real date we saw the Charro Rodeo was Sunday, April 26.)

Today was our day to drive back to San Antonio, but we had time to try for the Blue Bell Creameries Factory Tour. After all, yesterday at the Ticket Info Desk told us the tour would resume today.

Made it to the Blue Bell Creameries when they opened at 9 am, parked the truck, walked up to the Tour Entrance and were greeted with the "No Tours Today" sign again. Thinking they had forgotten to take the sign down from yesterday, we went in and asked. We were told they were notified at 5 pm the evening before that the factory was being shut down and everything taken off line. This is so they could sterilize and clean to get rid of the Listeria. What?? We just ate the ice cream yesterday at the Blue Bell Ice Cream Parlor, and the day before at R Place restaurant. Weeks ago, we had heard about the Listeria and mistakenly assumed it had been taken care of. Not so.

After all these weeks, Blue Bell Creameries finally recalled all their products off the shelves, and cleaned out their factory. Now hundreds of people are without jobs and there is no Blue Bell Ice Cream to be found anywhere. It apparently will take months for Blue Bell to completely rid the bacteria from their equipment and factories. All vendors who sold the ice cream also have to sterilize (with bleach solution) their freezers. Sigh.

We headed back to the 5th wheel, hooked up, and headed back to San Antonio. We had a wonderful, educational weekend. Found out there's lots more to see and do in that area, so we'll be going back at some point in the future.

Posted by TravelBug-Susan at 9:35 PM 2 comments:

One thing "b" is for is BBQ. That's what Bob wanted for dinner tonight. We found Nathan's BBQ in the Brenham brochure.

We should have known not to trust it when we drove up...it was in a gas station building. {{{frowny face}}} My brisket was very dry like it had been sitting there all day. The corn muffins were dry and lukewarm. We would not eat there again. They had only one kind of BBQ sauce, and it was good.

A wayward photo from earlier in the day to share...

After our unsatisfying dinner, we looked around historic downtown Brenham. That was fun. We discovered some good stuff, like "The B's of Brenham" mural by Alan Gerson. 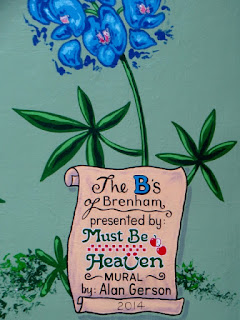 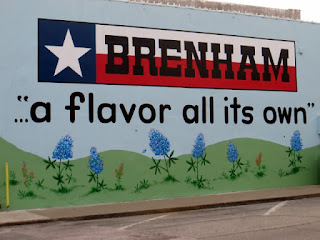 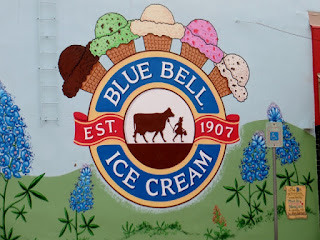 and, of course, bluebonnets! Bob sat in the truck while I photographed the mural. On my walk back to the truck, the following sign directed me down an alley...I HAD to explore. 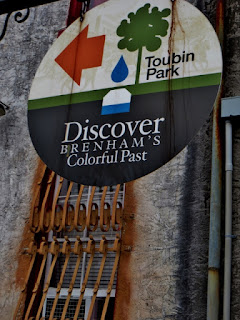 Toubin Park is a little pocket park nestled between two buildings that is chock full of history markers providing an education on cisterns that the citizens and city used to collect water from the rooftops. I was completely fascinated to find so much history packed into this little park. I trotted back to the truck, woke Bob up from his nap, and told him he needed to come with me. He was glad he did.

Besides information on the cisterns, about ten history markers told the story about arson fires set around the town and how the cistern water and the new Silsby fire truck helped to put them out. It was a fascinating display. Of course next we had to find the Brenham Fire Museum.

It was getting late and the Brenham Fire Museum was closed, but there was a button to push outside and a loudspeaker told the history of the Silsby fire truck.

That's it. Darkness descended. We headed back to the Artesian RV Park and called it a day.

We saw and learned so much today. Thanks for sticking around to the end of this two-part day.