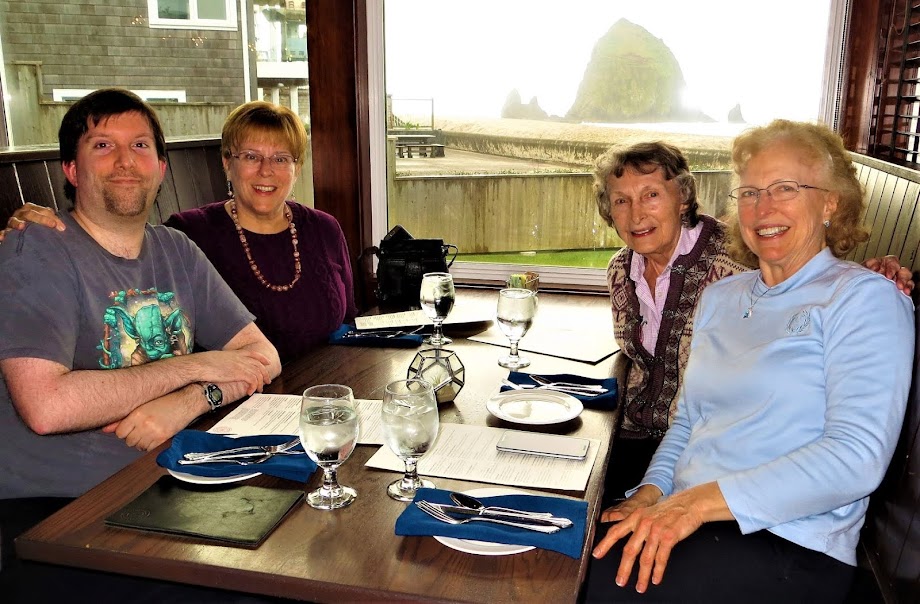 [NOTE: This walk is not to be confused with yesterday's Riverside walk in the Riverside neighborhood of Jacksonville.]

Today's walk is also put on by the First Coast Trail Forgers Club and they were nice enough to connect it up at a point where yesterday's walk turned around. I feel like we got a good dose of walking along the St. James River.

We like to walk downtown in large cities, but the club's description of this walk did not indicate that we would go downtown. We're glad we did the walk and that it went downtown! Please put that in your walk's description.

Our first point of interest as we started our walk is a park dedicated to the Treaty Oak. Okay, what's a treaty oak? Turns out there was never a treaty signed here, only a fictional account made up by a newspaper reporter to draw attention to the tree and that it needed to be saved.

This is a Southern Live Oak (Quercus virginiana) with a 25-foot trunk circumference and a height over 70 feet. It is at least two centuries old. What we do know about its history is that in the early 1900s, Giant Oak, as it was then called, was often decorated with electric lights. It lived in Dixieland Amusement Park where Babe Ruth once played baseball and John Phillip Sousa gave a concert. The tree provided shade for family picnics and a backdrop for silent films that were produced nearby in 1910.

The Treaty Oak still stands today as a result of the effort of the Garden Club of Jacksonville working with other organizations to persuade city officials not to permit construction near Treaty Oak. In 1964, at the request of the Garden Club, Jessie Ball duPont, a longtime member of the Garden Club's Early Settler's Circle, bought the remaining seven lots surrounding Treaty Oak. She gave this land to the city for use only as a public park. Originally called Treaty Oak Park, this site was renamed Jessie Ball duPont Park in recognition of her generous spirit and love of nature. [A woman after my own heart.]

From the park, we crossed the Acosta Bridge over St. Johns River. It looks like Jacksonville has a monorail. We saw the cars going over the bridge. I Googled it and found that this is a 2.5-mile-long, elevated monorail system with eight stops that is currently free of charge.

Next to the Acosta Bridge is a railroad bridge. We had a very good view of it from our vantage point.

It wasn't long until we were on the other side of the river. We headed to the point where our walk turned around yesterday at the RiverWalk, underneath another bridge.

The murals we saw in the next few blocks were very colorful, definitely "some proper flavor" as the first mural says.

We made it to Computer Power Place and headed east along the St. Johns River. This is where we turned around yesterday. Our next direction was to go left on the Riverwalk and "continue for approximately 1.5 miles to the construction fence (not the demolition of the Landing)". Umm, this where we got lost. I don't think this club realizes the confusion this direction caused. First, we didn't have any way to measure 1.5 miles; second, we're not from around here and we have no idea what the Landing is; third, we didn't see a Hyatt Regency when we reached the second construction fence. 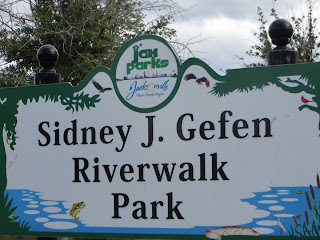 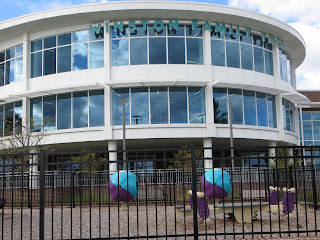 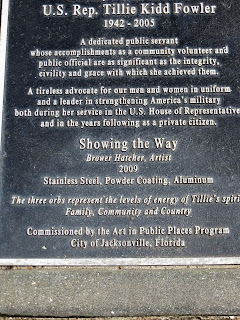 [A break from the walk narrative: In yesterday's blog, I mentioned the yacht we saw from afar and said I'd tell you more about it today. It is called Kismet, a 312-foot long superyacht. The fittings were specified to be "better than a five-star hotel." It features a deck of black marble, a large bath made of solid onyx, a swimming pool, barbecue area, movie theater, sauna, helipad, elevator, and gymnasium. According to Yacht Harbour, Kismet is worth an estimated $200 million. It rents for $1.2 million per week, excluding food, fuel, and dockage fees. In mid-2018, the yacht was rented by Beyonce and Jay-Z for a vacation to Italy!

The Kismet is owned by Pakistani-American billionaire Shahid Khan. He owns Flex-N-Gate (an American automotive company), the Jacksonville Jaguars of the National Football League, London soccer club Fulham of the Premier League, and co-owner of All Elite Wrestling.]

We wandered around downtown looking for streets on our instructions and finally found one we could follow back down to a bridge (Main Street). It was when we got down by the Main Street Bridge that we figured we were getting closer to where we needed to be. We took a chance and continued along the St. Johns River and FINALLY saw the Hyatt Regency. We had turned WAY TOO SOON!

Old downtown photos courtesy of a couple of lost Volksmarchers. Once we got to the Hyatt Regency, we continued following the directions, which now made perfect sense! 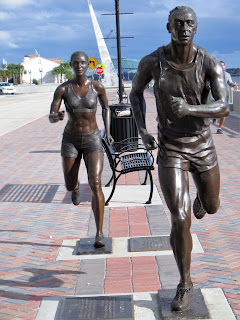 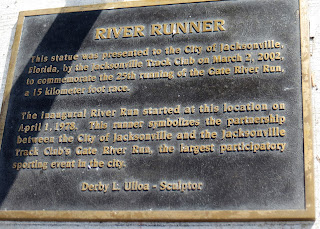 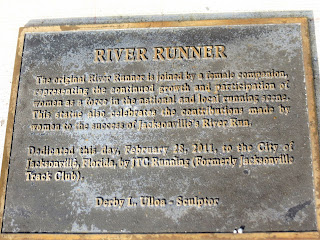 The Hyatt Regency is behind the monument! We found it!
From here, we continued our walk, this time knowing where we were. We saw another part of downtown Jacksonville. Check it out in our photos. Lots to see here. 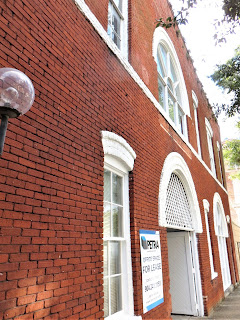 Yesterday, on the Riverside walk, we learned about Southern rockers who hailed from Jacksonville. The painting on this utility box gives some more rockers from this area. 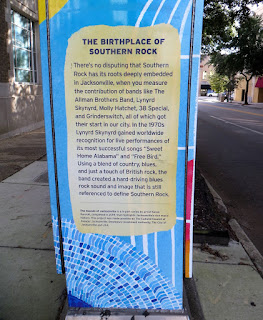 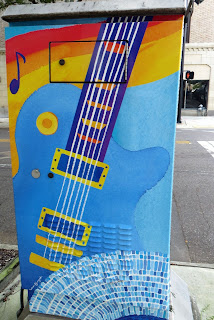 The next two photos are part of a series of detailed tile murals along one block honoring black women. 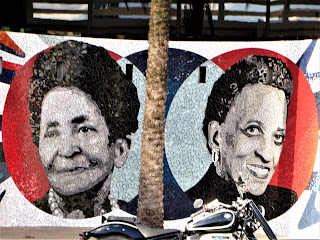 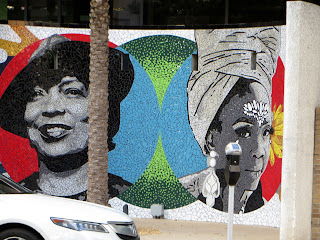 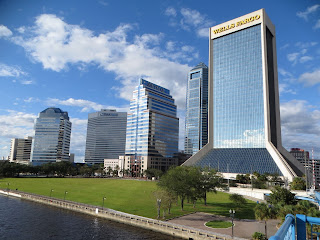 Now we are on the south side of the St. Johns River and the walk continues east on the Southbank Riverwalk. We have a spectacular view of the north part of Jacksonville across the river in the afternoon sun.

While we were walking around on the north side of Jacksonville, Bob kept smelling coffee, but he didn't know where it was coming from. Well, check out the photo below. We found the source!

From the South Bank Riverwalk, we made our way back to the truck, called it a day, and headed back to our 5th wheel at Anastasia State Park in St. Augustine, Florida. We loved this walk, other than the fact we got lost. But we saw a lot more of downtown on our route. LOL.

Posted by TravelBug-Susan at 8:20 PM