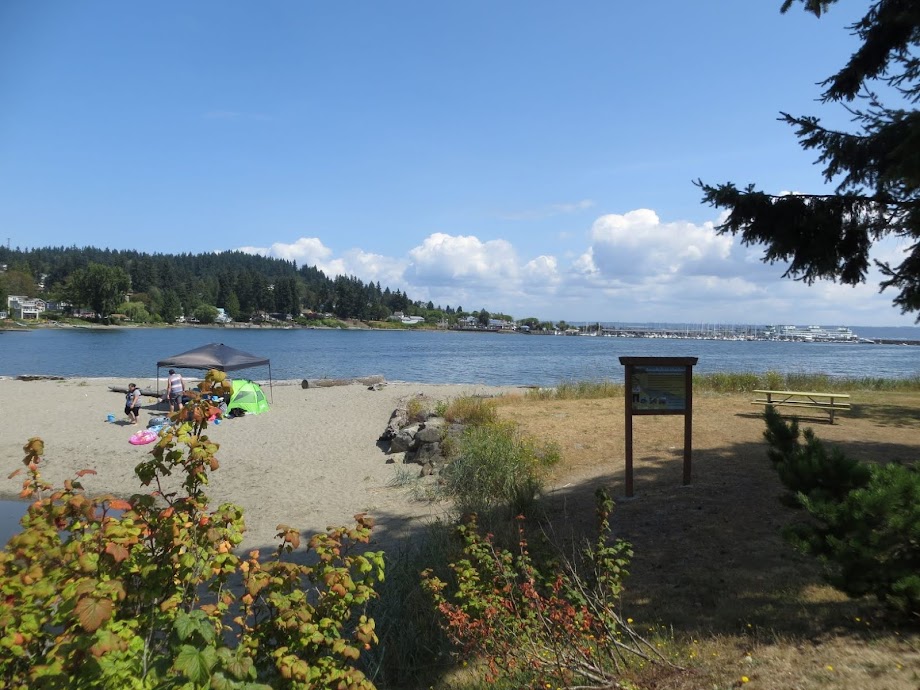 Bob and I made the Pacific Northwest our home for over 30 years. During that time, the august* Columbia River Gorge played an important role in our lives. And since the month is August, I thought it would be fun to use the other meaning of the word august in my opening salvo.

The Gorge (as it is affectionately and commonly known in the Pacific Northwest) started forming 17 million years ago when hundreds of fissures opened up in northeastern Oregon and lava floods poured out covering 60,000 square miles with lava up to 100 feet deep.
Six million years ago, the lava floods ceased. The lava cooled and hardened into basalt rock which accumulated up to a mile in depth throughout the region.
Fast forward to two million years ago, give or take. There was a change in the climate. Global cooling and increased precipitation caused massive ice sheets to form, advance, and retreat. Long story short, the ice sheets blocked rivers causing huge lakes to form behind them in what is now British Columbia (Lake Columbia) and the panhandle of Idaho (Lake Missoula). Huge, deep valleys in western Montana stored water to a depth of 2,000 feet equaling over 500 cubic miles of water (the combined volumes of Lakes Erie and Ontario!).
At the end of the Ice Age (15,000-17,000 years ago), a huge ice dam holding back Lake Missoula broke, sending a scouring wall of water, rocks, and ice southwest through what is now Idaho, Washington, and Oregon. It is thought this cycle of ice and flooding occurred over 40 times. [The information above was paraphrased from this most excellent website: http://hugefloods.com/Express.html - if you would like more info on the geologic wonder that is the Columbia River Gorge, I highly recommend you read more at the link provided!]
You can imagine how all that water and rock would eat away at the basaltic lava and create the geologic wonder that is the Columbia River Gorge. August, indeed!
A great portion of our drive today was along the mighty Columbia River, the largest river flowing into the Pacific Ocean from the North American continent. The Columbia is one of the world's largest sources of hydroelectric power as evidenced by dams along the waterway. Today, we saw the John Day Dam, The Dalles Dam, and the Bonneville Dam. (I have photos on my cell phone, but our internet coverage is so terrible in this RV park that I cannot put them into my blog until we order high-speed internet, probably on Monday. I can, however, put in photos that I took on my camera.)
What makes The Gorge so important in OUR lives is that one of our first dates was a hike to the top of Beacon Rock, a monolith on the Washington side of the Columbia River. According to OregonHikers.org, "Beacon Rock is one of the most prominent and distinctive geological features in the Columbia River Gorge, an 848-foot landmark that was once the core of a volcano; what remains is what was not washed away by the massive force of ice-age flooding. It is one of the tallest monoliths (singular piece of rock) in North America, along with California's El Capitan, Georgia's Stone Mountain, and Wyoming's Devils Tower."
The hike to the top of the rock is 1.8 miles round trip with an elevation gain of 680 feet. There are approximately 50 switchbacks going up the trail, but who's counting. What you'll really be doing is looking at the views of the river and the switchbacks below you. Bob thought taking me to the top of Beacon Rock would test my mettle. Ha! Little did he know, my sister Janyce and I had been hiking trails in the Gorge for years. I love this kind of stuff. Just call me Nature Girl.
Anyway, driving along the Gorge today, we reminisced about the role this area has played in our lives. The anniversary of our first date is almost exactly 37 years ago (July 30, 1983). We've hiked to waterfalls on both sides of the Gorge, taken the boys to see the dams along the river, watched windsurfers in Hood River, and have gone boating with our friends Charlie and Debbie.
In addition to the Columbia River, the dams, and Mt. Hood, we also saw Mt. Adams and Mt. Rainier today. What we didn't see today were all the spectacular waterfalls that line both sides of the Gorge. It's grand to be back in the Pacific Northwest! (Unfortunately, Multnomah Falls parking lot off I-84 was closed due to the coronavirus. That is one of the top attractions in Oregon. We had planned to stop for a break to view the waterfall, but it was not to be today. Bob was able to see it from the driver's side as we headed west.)
When we reached I-205, we headed north into Washington. I wanted to take a phone of the Welcome to Washington sign, you know, like so many other state sign photos I've posted along the way. There was just a bit of disappointment when all I saw on I-205 was this measly little sign...
We kept looking for a "real" welcome sign but didn't find one on I-205. I think there's one on I-5.
After a slog up I-5 in Washington, we made it to Gig Harbor shortly after 1:00 p.m. and checked into our home for over a month. Our site is a huge pull-through at the end of a row. We have a view of the forest out of our dining room window. The temperature was 69 degrees at 1:00 in the afternoon. Eat your heart out, San Antonians. Later this afternoon, it was sunny and in the high 70s. Wonderful.

Sunnie (our cat) is entertained because one of the park's dog walks is across the road from us. He likes to watch them out the window.
After setting up, we opened all the windows to let in the fresh air, sat in our recliners, and promptly fell asleep for 1-1/2 hours. Then it was off to Taco Time for lunch and Safeway for grocery shopping.
Over-the-air TV is terrible here, so in addition to signing up with Comcast for high-speed internet, we're also going to get cable TV!
Bob went bike riding this afternoon to check out the route to where he'll be working. He came back completely exhausted. The bike path has really long, steep hills. He said the roads are easier to ride than the bike path. Tomorrow, he is going to walk 1-1/2 miles to his workplace and see if that's better than riding his bike. I know he wants the exercise and he is also kind enough to let me use his truck during the day while he's working.
At one point, we were going to drive both vehicles here from San Antonio so I could have my Escape Pod. However, we like to ride together, share the driving responsibility, and talk along the way. It would have been hard for both of us to drive five-to-eight-hour days to bring both vehicles. Neither one of us would have had a break driving. As it stands now, if both of us need a vehicle in the same day, we can rent one. That will be a lot cheaper than the gas it would have cost for us to bring the Escape!
Okay, has this now become an august blog? Or just the first of August blog? That's all for now. Have a great Sunday.
Posted by TravelBug-Susan at 1:30 AM