Happy birthday to my son, Michael, who is now 33. What a great joy you have been through the years. I'm proud of you and think you're a wonderful man. I wish you many more years filled with happiness, contentment, mental stimulation and satisfaction with your life.

Our adventure today started off with a tour at the Minuteman Missile Historical Site in South Dakota just north of Badlands National Park. Before the tour, we checked in at the Visitor Center. Our free tickets had the tour time printed on them. It's about 5-6 miles from the Visitor Center to the Launch Control Facility, so we had to allow time to drive there and arrive on time. Each tour can take a maximum of seven people. (That's all the elevator will hold.)

Being a child in the late 50s and early 60s, I was aware the Bay of Pigs conflict in Cuba was a war waiting to happen. The U.S. and Russia had nuclear bombs and were threatening each other with those bombs. In elementary school, we had to practice getting under our desks with our arms over our necks to protect them. I remember rations being sold in the grocery stores and people feared that we were going to have bombs dropping on us.

What I didn't know at the time was our country had hundreds of bombs in silos in SD aimed at the Soviet Union. It would take approximately 30 minutes from the time the order was given in the U.S. to the time the bombs hit their target in the USSR. Bombs would fly over the North Pole. It was a scary time with the threat of war looming over us.

On our tour, we visited one of the Launch Control Facilities where young men (aged 19-35) kept a 24-hour vigil. If the order was given to launch the missiles, it took two of them to turn the keys and send the missiles on their way. Luckily they never had to exercise that option! The tour included the upstairs living quarters and the underground bunker with an eight-ton blast door. Very interesting.

After our guided tour at the Launch Control Facility, we drove four miles to one of the silo sites for a self-guided cell phone tour. This site is where we viewed the silo with a missile in it (deactivated). Pretty fascinating stuff to learn the story about who was responsible for the bombs.

Badlands National Park was our next stop. We stopped at viewpoints along the scenic drive, Ben Reifel Visitor Center, and hiked the 3/4 mile Door trail (no shade in the 92 degree heat of the day). I wanted to hike the Window and Notch Trails as well, but was so hot after the first hike, we skipped the other hikes and opted to drive the scenic road and view from the truck with the air conditioner on. 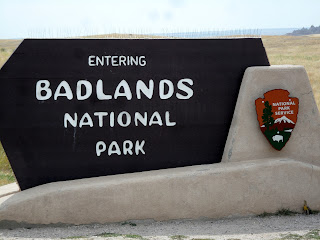 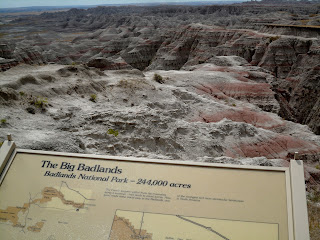 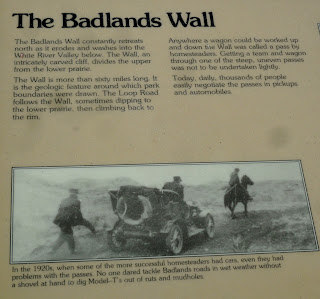 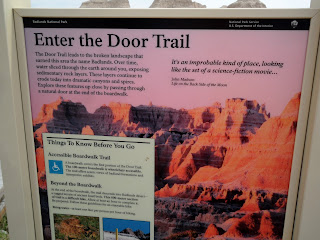 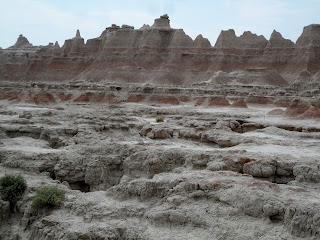 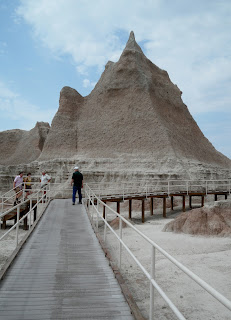 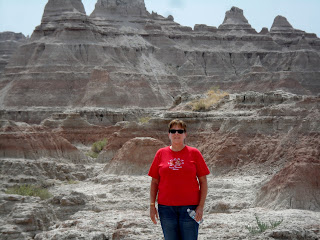 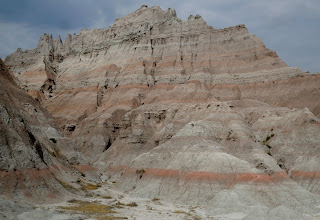 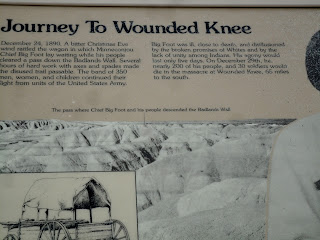 It just so happened that we exited the park in Wall, SD, known for Wall Drug. All along the freeway we saw signs touting Wall Drug. Neither of us had been there so we stopped in to see what the brouhaha was all about. Basically it's a huge tourist trap souvenir shop. We walked through part of it, decided we didn't need or want what we saw and walked right on back out. Took us all of about ten minutes. Got a couple of pics, but that's all. 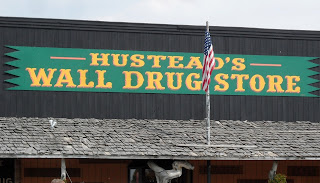 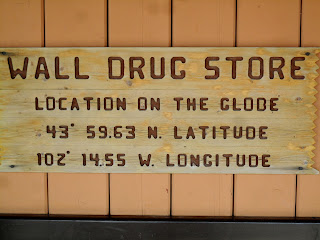 Our tour guide at the Minuteman Missile Facility recommended the South Dakota Air and Space Museum at Ellsworth AFB.  It was on our way back to the 5er. When we took the free tour of the museum, our knowledge of the Cold War was reinforced, and we gained knowledge about other conflicts. We enjoyed looking at their collection of aircraft and reading about the history of South Dakota during the war years. We were some of the last people in the museum. 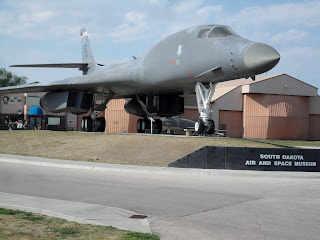 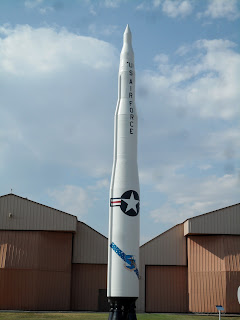 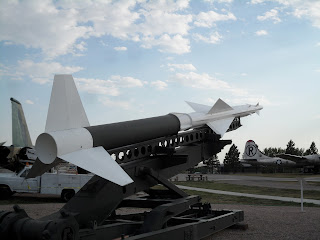 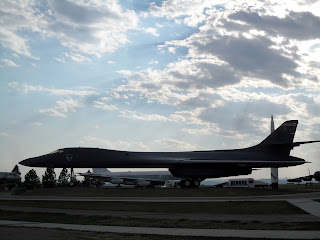 It was a long day and we couldn't wait to get home and relax. Whew.

All for now. Lots more to come.

Posted by TravelBug-Susan at 1:52 AM