Buffalo Bill Historical Center consumed the first part of our day as we used up the second day of our tickets. I finished reveling in the Whitney Gallery of Western Art. So many fantastic artists and mediums are represented in this museum! 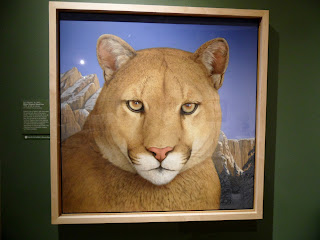 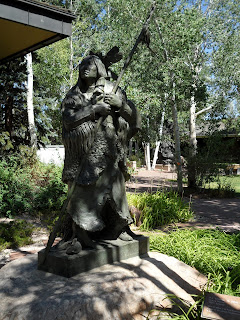 I truly enjoyed spending time examining and enjoying the art contained in this museum.

From the art museum, I wandered over to the Draper Museum of Natural History to learn more about the geology, ecology, flora, fauna, fires and paleontology of Yellowstone. So much information is contained in this part of the Buffalo Bill Historical Center. Since we had been in Yellowstone for two weeks, quite a few exhibits covered information we had learned while in the park. I was able to move more quickly through this museum.


When we finished up in the Natural History area, Bob took me on a short tour of the Firearms Museum. I was overwhelmed. Don't know much about guns, but I'm including some photos here which I know my brother Frank will enjoy. Some of the displays of guns were art in and of themselves. 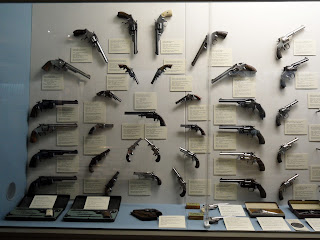 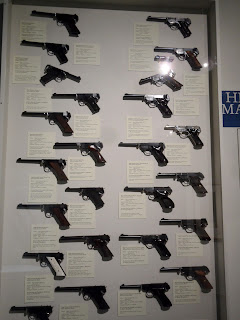 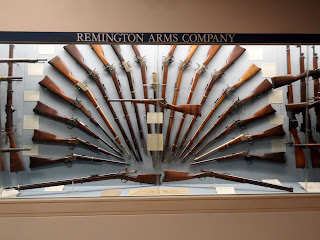 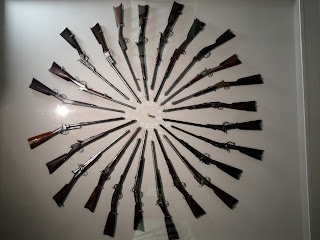 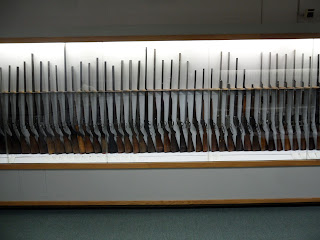 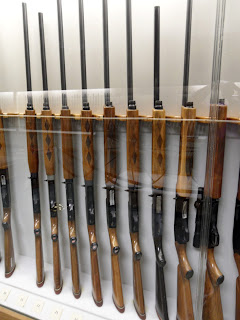 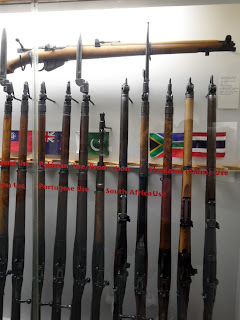 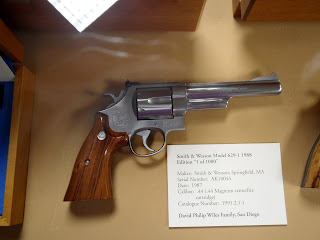 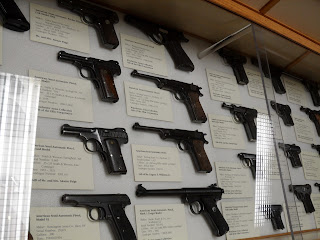 These photos are just a sampling of what's in this museum.

When we finished at the Buffalo Bill Historical Center, we had lunch then drove 14 miles out of Cody to see the Heart Mountain Relocation Center where Nissei Japanese from California were relocated from 1943 to 1945 during WW II. This was not a good time in the history of the U.S. Bob toured the museum...I was museumed out at this point, so I waited in the car. When he finished in the museum, we walked the interpretive trail that showed where the internment camp was located. 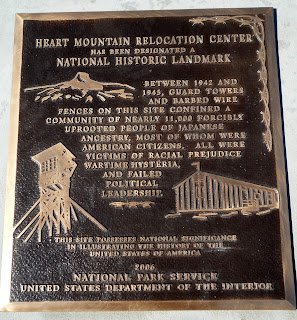 These Japanese-Americans were uprooted from their homes and businesses and forced to move to Wyoming to live in internment camps behind barbed wire, guarded by guard towers. They lost their homes, their belongings and their businesses. But it was only Japanese-Americans from California, Oregon and Washington...no other states. Basically it amounted to racial prejudice. Very sad time in our country's history.

From there we headed back to the 5er for dinner and fed the cats. After dinner, we went to see the murals in the rotunda of the Cody Mormon Church. The murals depict the history of the Mormons and the Mormon Trail. A small museum is located in the church as well.

Next, we headed over to the Cody Nite Rodeo to watch calf ropers, barrel racers, bronc riders, and bull riding.

It was a full day, but we made it home by 10:00 p.m. Tomorrow we head to Thermopolis, Wyoming.

Posted by TravelBug-Susan at 1:21 AM